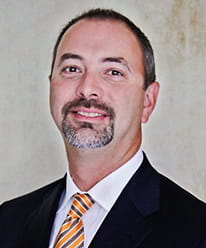 Hal Knight graduated from the University of Southern Mississippi in 1989 with a B.S. in marketing. He began his career in financial services in 1996 in Birmingham, Alabama as a trainee with Prudential Securities and then Legg Mason as a financial consultant. He moved back to Hattiesburg, Mississippi in 1999 to work for Deposit Guaranty Investments, which would eventually become AmSouth Investment Services. He joined Morgan Keegan, now Raymond James in 2007. Hal is associated with a National Financial Educators Association and regularly teaches Retirement Planning Classes.  He is an avid golfer and enjoys spending time with his wife, Jennifer.

Raymond James is not affiliated with the above organizations and/or charitable causes.